This is the town mentioned in the last paragraph, Swiecie. The town seems to have survived WW II relatively intact, though it was the scene of horrible war crimes by the Nazis. The medieval history is more interesting:

“Świecie was granted a municipal form of government by the Teutonic Order, [that means a town charter, almost certainly Chelmno law] “when it was still located on the high west bank of the Vistula. Probably because of destruction by fire, during the period 1338–1375 the town was relocated down into the valley at the Vistula. The town was briefly recaptured by the Poles after their victory in the Battle of Grunwald in 1410. In 1454, in the beginning stages of the Thirteen Years’ War, it was captured by the Prussian Confederation, which opposed Teutonic rule, and upon the request of which King Casimir IV Jagiellon re-incorporated the territory to the Kingdom of Poland that same year.[2] The Teutonic Knights renounced any claims to the town, and recognized it as part of Poland in 1466.[3] Administratively it formed part of the Pomeranian Voivodeship in the province of Royal Prussia in the Greater Poland Province. The town prospered due to its location at the intersection of the Amber Road and the trade route connecting Western Pomerania with Warmia, Masuria and Lithuania.[1] In the 17th century, Świecie suffered as a result of the Swedish invasion of Poland and an epidemic.[1]“

here is the Gothic church

And here is the castle where the fighting took place, built originally by the Teutonic Knights 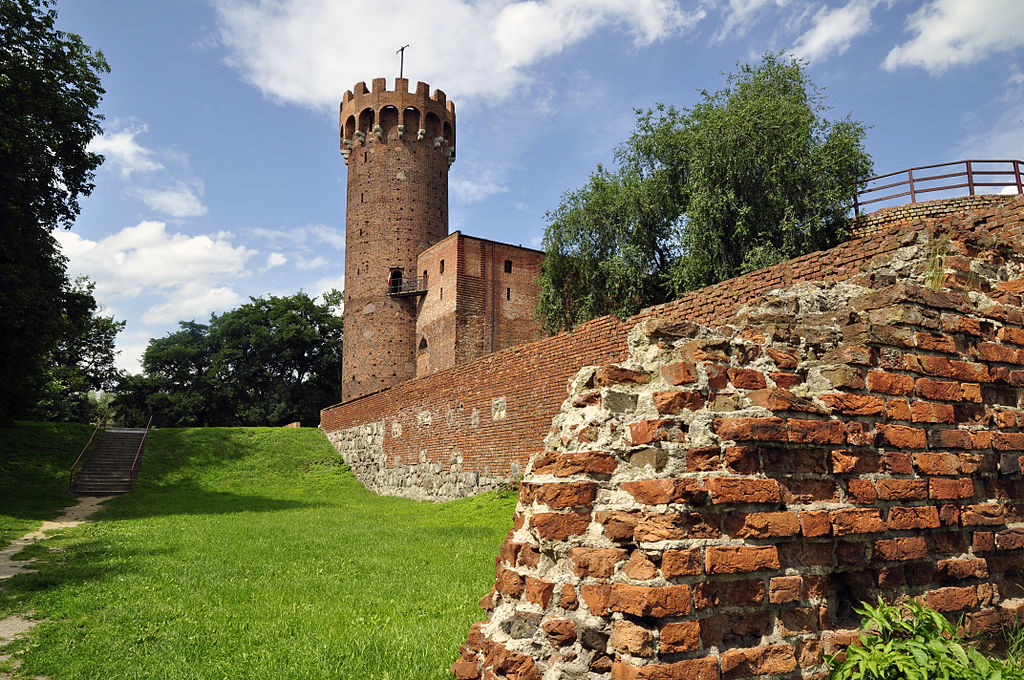