Also, my comment on cobblers wasn’t to ridicule the occupation or to advocate a modern ‘disposable’ consumer culture, it’s just for context- cobblers were considered a marginal craft in most towns and were relatively low in the hierarchy- usually part of the ‘grand guild’ which was a catch-all for the lesser crafts. 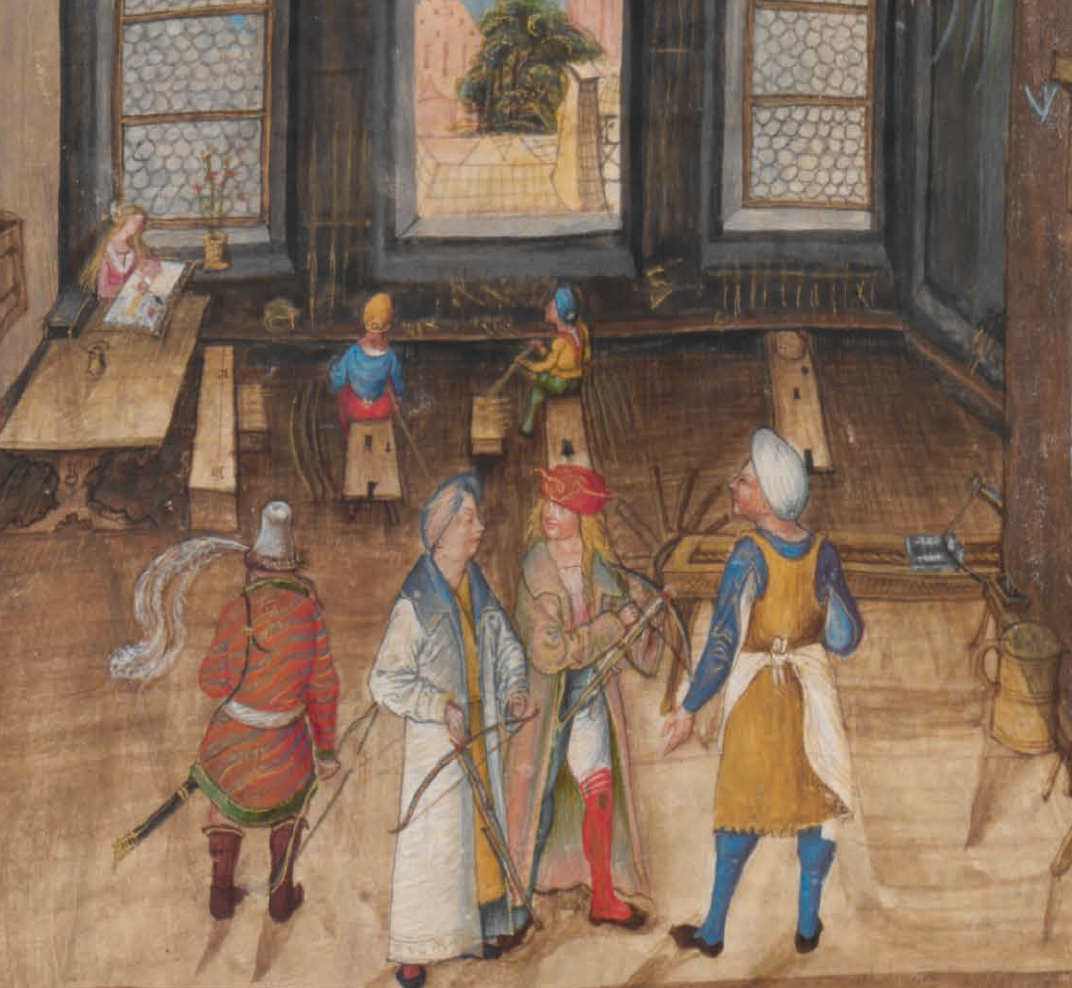 None of these give the impression of a tiny one-room booth or that they are lacking in personal property, tools of their trade, clothing or furniture. The crossbowmaker can afford glass windows and his wife can afford ink and paper to do her books in a ledger instead of on wax tablets. They even have flowers in a vase. And both the proprieter’s and their apprentices or journeymen are clad in colorful attire with multiple fabrics.

Here you can see what are supposed to be apprentices and journeymen ‘shooting the popinjay’ quite a bit more colorfully attired in what we can asume are some of their nicest clothes, wearing sidearms and bearing crossbows, overseen by bored guards (town watch, also probably young artisans) with their requisite armor and some pavise shields. 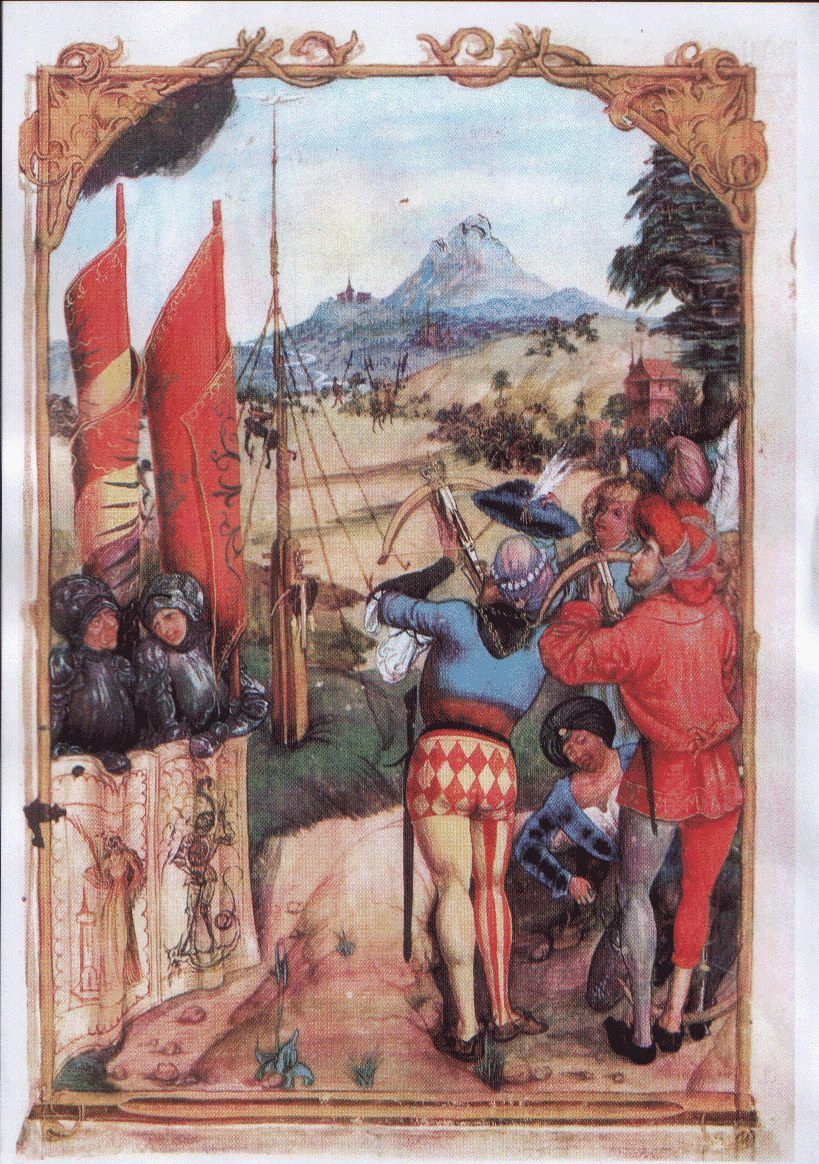