Another interesting cat. This guy is a Büschenmeister -a master of artillery (and firearms). 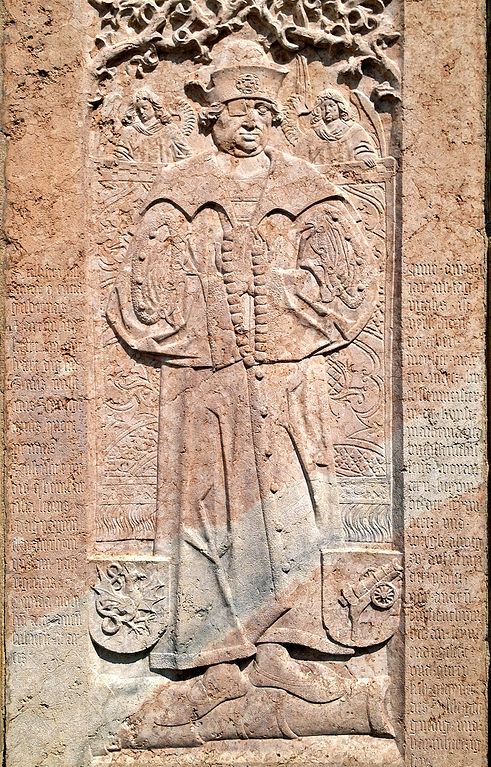 Mainly known for making a well illustrated kriegsbüch (or variously Büchsenmeisterbuch, Feuerwerkbuch etc.) in the later 15th Century, (Codex Germ 599 – 1473) which is a guide to cannons, firearms, fireworks, pyrotechnics, and fortifications.

Son of a master of artithmetic, he apprenticed as a gun and bell founder and was soon hired as a Büchenmeister. He fought in several sieges and in the Mainz feud, and worked for the Emperor Frederick III. He made improved handgun designs with covered priming pans and match-locks, and is credited with improving (or inventing) gun carriages for various types of cannon. The wiki doesn’t explain how he lost one of his eyes. In his epitaph, shown above, he is praised for his fame “in the art of mathematica Buchssenschissen” 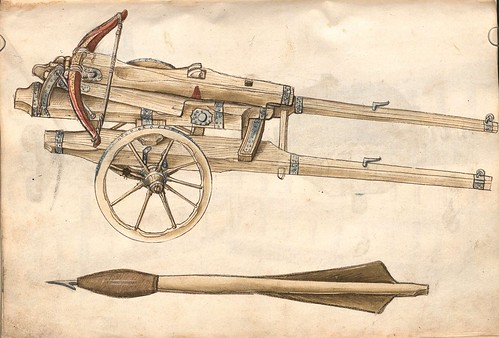 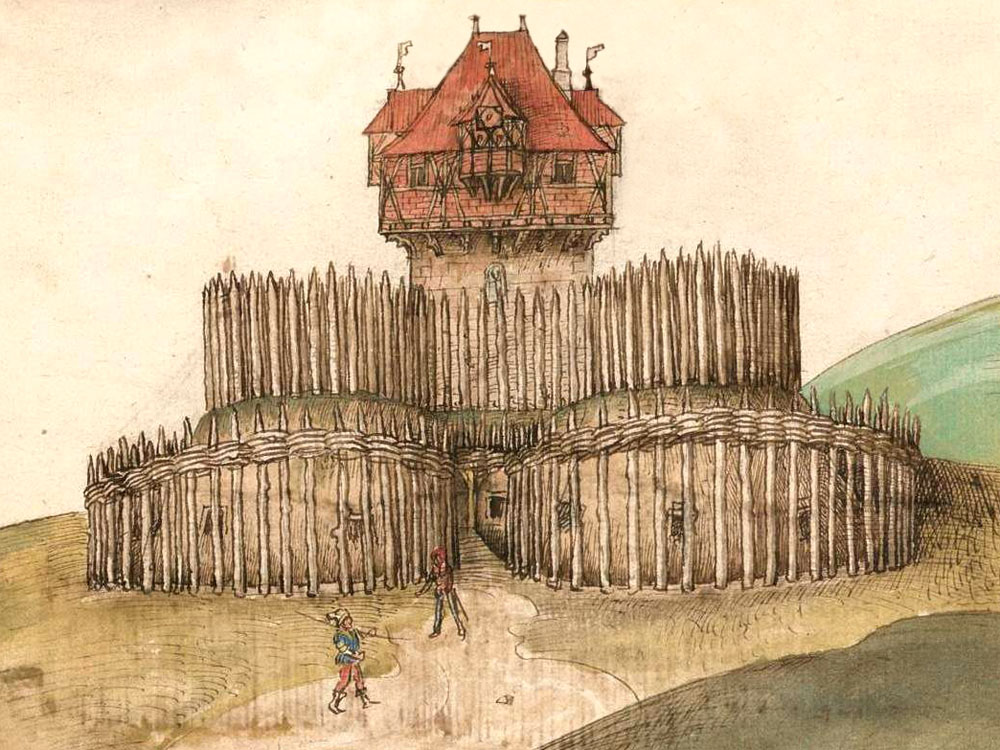 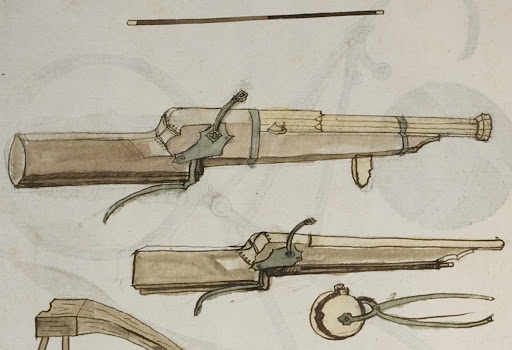