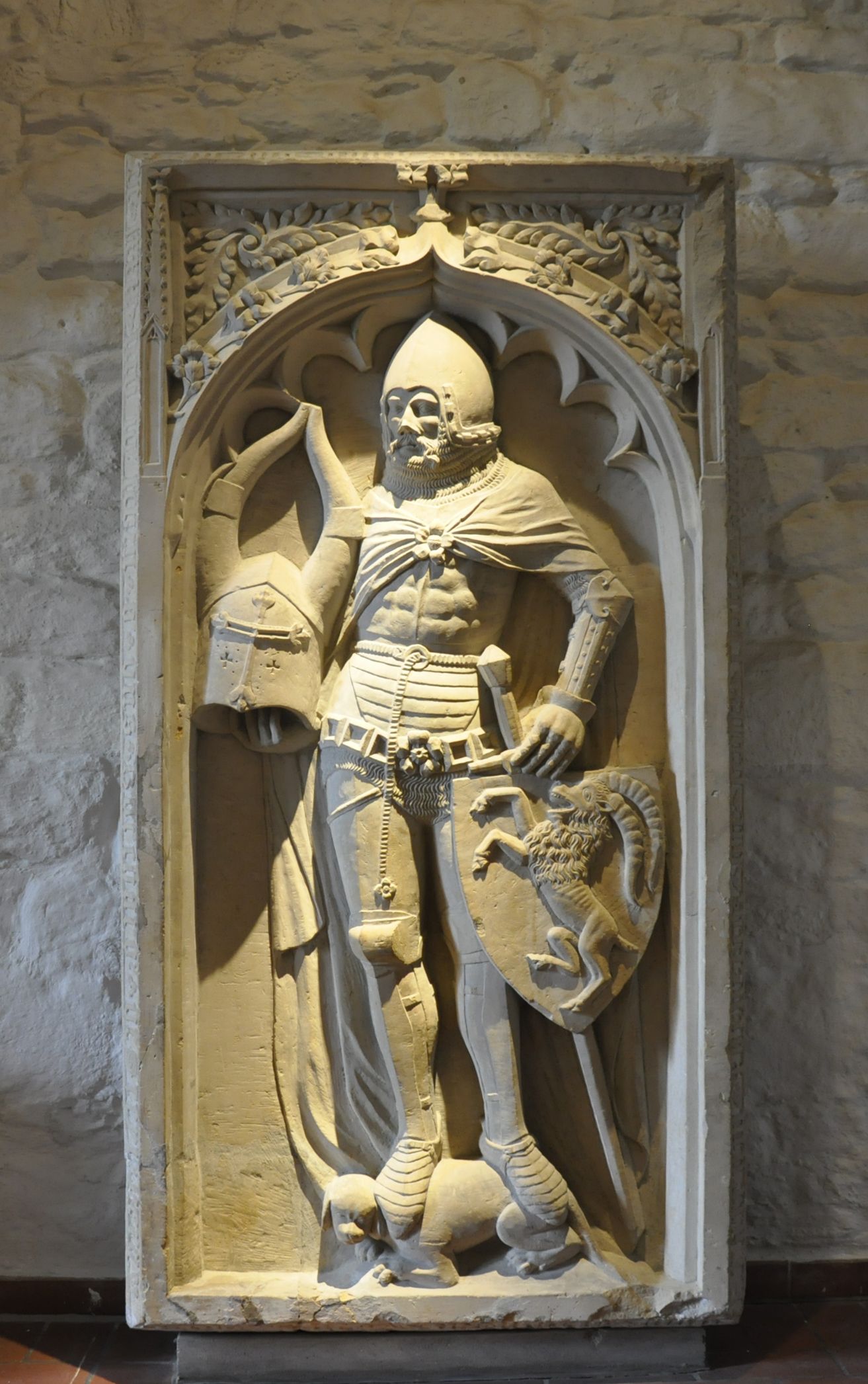 German, 15th Century. I think these are wood carvings. Helpful due to the color and texture, not sure what the mantle is on the lancer on the right (maybe fur?) but he has a very nice late Gothic harness, with fluting ala Maximillian style. So I’d say late 15th Century or possibly early 16th. The other guy is probably a bishop. The humorous aspects are very typical of these kinds of late medieval German woodcarvings though I don’t know who the artist is, almost certainly somebody famous in his day though he could be someone unknown to us, i.e. “anonymous”. The slightly insolent, distracted posture of the lancer is how common soldiers, and in particular burgher militia are often portrayed in German art of this time. He is also pointing his middle finger at the jowly cleric which is probably not an accident… the cleric himself has his middle finger pointed down toward hell. 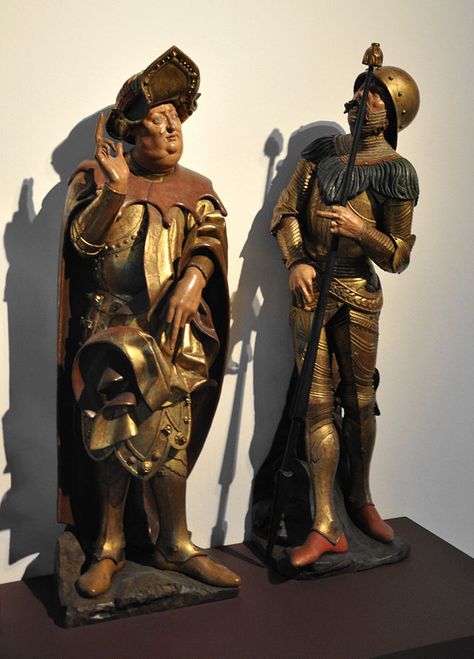